Posted on April 8, 2016 by pulsestrongertogether

Another exciting journey for Team PULSE in Norway. We visited Bergen and worked with around 60 children from the age of 3 to 25 years old. We created activities for them such as singing, rhythmical music and dance at Landås avlastnings- og transittmottak in Bergen. We worked together with Leonard (Mjozi) Modise, some staff from NMF (Norwegian Band Federation), and a local Band and Children’s Choir.

The great thing is that we were joined by one of our best leaders, Silvelin Havnevik. She got to experience our working tasks and also contributed to the plan we had. This helped a lot.

We had a weekly schedule for five days with different groups: First 45 minutes with Knøtterkorps (kids from 1 to 6 years old) where the parents were invited to get involved. Two 45 minutes with young adults and two daily sessions with the children going to school. 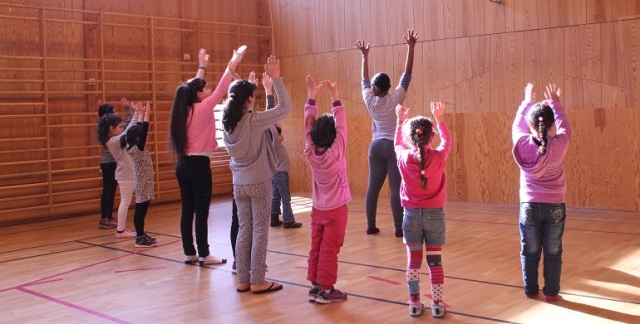 The week was exciting and fun but mostly challenging because it was the first time for the children and youth to play instruments, singing in different languages and dance. It was not easy to do all those things without being able to communicate through a common language. The kids were refugees from many different backgrounds. They came from countries such as Iraq, Afghanistan, Syria, Lebanon and Iran and all of them had different experiences and stories behind them. Some kids were losing interest in the beginning, but through team work, being energetic and making sure our body language was visible and easy to understand it made our job easy. In the end it didn’t matter that the kids were from different countries and knew different languages because they all had to work together with music and dance – universal languages.

With only two hours per day per group we still managed to create fun activities for the concert. Our aim was to promote equality and inclusion through the music activity, teach them how to play different instruments and also teach them how to speak and count in Norwegian. NMF goal for the week was to give the participants a teaser of banding as a fun social activity. 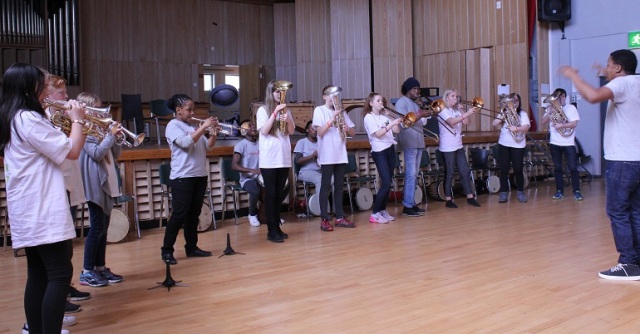 It makes us realize that music is a profound, magical form of communication because by the end of the week kids and young adults were excited and positive to each other. It was hard for us to leave the place because they were so sad and asking us when we were coming back again. 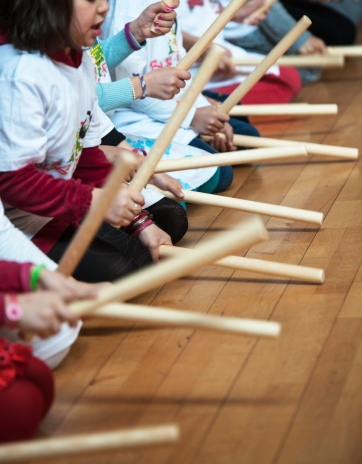 “Music and Dance is a magical way of communicating when words are not understood. it creates good memories and friendship ”