Posted on February 4, 2017 by pulsestrongertogether

Growing up in Field Band Foundation has made us believe that the study of music can be one of the most valuable steps in a child’s education. Some of the benefits the child can receive from the music training are; Developing a sense of responsibility as the child will practice healthy work habits of being on time for rehearsals and performances and acknowledging their role in the band. A stronger mental discipline through respecting the contributions of others and putting effort into the success of the final product. Teamwork, when a child has a part to perform in a music ensemble or dance production, they begin to understand that their contribution is necessary for the success of the group. Through experiences as mentioned above, children gain confidence and start to learn that their contributions and presence have value and above all an enjoyment and lifelong appreciation of music is strengthening their self-esteem. 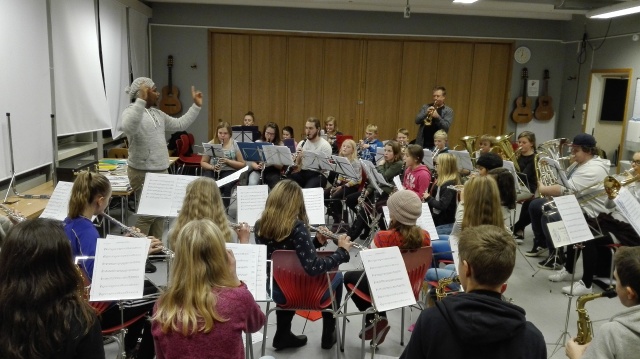 The Norwegian school band institution is typically called a skolekorps, literally the school’s band. The ensemble may also be referred to as a skolemusikkorps, which tells us that the chore activity of the ensemble is music (“musikk”). Next year NMF is celebrating their 100th anniversary, Norway has a long and rich tradition of instrumental music teaching in the form of skolekorps.

Skolekorps would likely be a group of children seated according to their respective musical instruments. Their age level vary from 8-19 years old, band members typically assemble beginning students at the primary levels of schooling. Norwegian school bands are an after school activity and typically rehearse in the evening at a school.

PULSE team in Bergen is working with Varden Skoles Musikkorps. The skolekorps consists of three different levels being; aspirantkorps, juniorkorps and hovedkorps. Aspirants are the beginners of the band, juniors are being prepared to join the hovedkorps which is a main band after going through the aspirant training. PULSE team in Varden Skoles Musikkorps is currently working and facilitating a recruitment team. 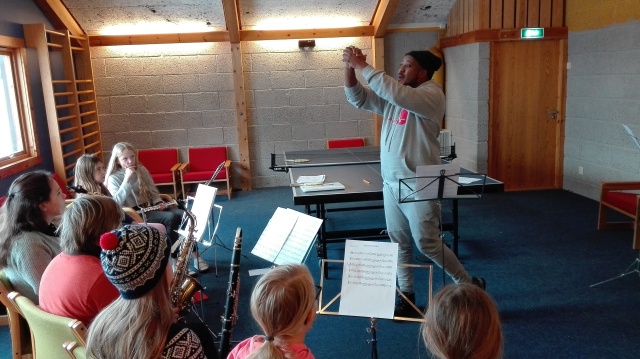 Gøril Vikøren Nøkleby, chairperson of the bands board, has informed us that the band is challenged by different sport activities. There are sports fields in the surrounding area and many children choose to join sports rather than the band. She also explained that Varden Skoles Musikkorps is the only school band remaining in an area that used to have five bands.

The recruitment team consist of seven members from the main band. We rehearse every Thursday from 17:30pm – 18:00pm. The recruitment songs we are teaching, are the two South African pieces Ziyawa and Amavolovolo, we believe that the band will continue to use these songs. This is important as we like children to recognise the music once they join the band or seeing the band in the 17 May parade (Norwegian traditional day). The band is remaining with only one percussion player who might be leaving the band mid this year due to high school demands and age that limits him to participate in some skolekorps competitions. For that reason, we also have a drum solo piece on the program hoping to attract new members to the percussion section. 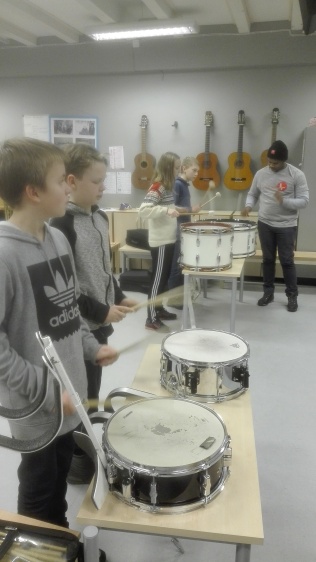 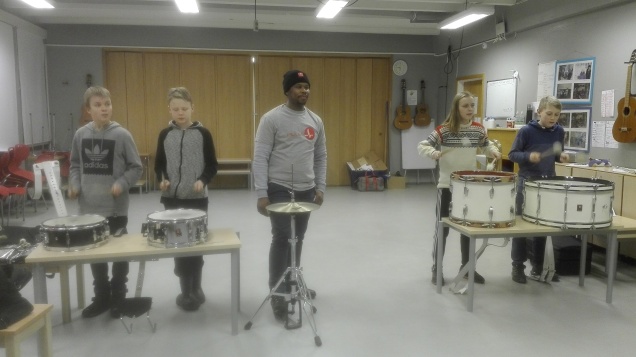 The recruitment is scheduled to take place on the 8th of February 2017 at Sælen Skole. Sælen Skole is the primary school where Varden Skoles Musikkorps have their band rehearsals at 16:00-20:00 every Thursdays.