Posted on May 26, 2017 by pulsestrongertogether

On the streets of Norway playing South African music on Norwegian Constitutional Day the 17 May.

May 17, is a Constitution of Norway that was signed at Eidsvoll in the year 1814. The constitution declared Norway to be an independent kingdom in attempt to avoid, being ceded to Sweden after Denmark-Norway devastating in the Napoleonic war.

In celebration of the Independence Day, in Oslo city children and adults from all parts of the city and schools were gather to parade pass the Royal Palace, where the Royal family exchange waves and greeting. 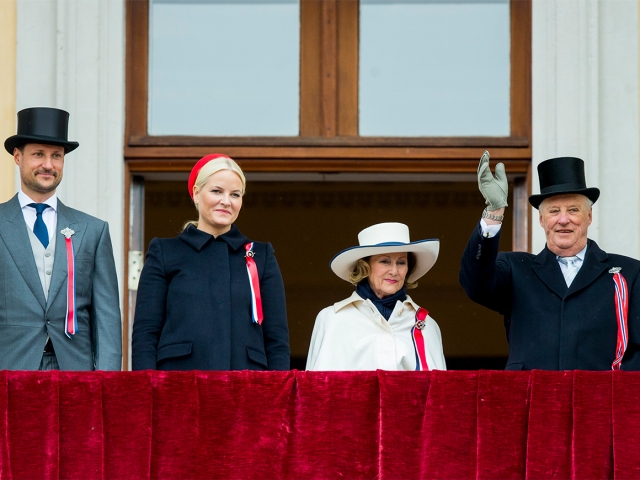 Sihle Mabena led Furusetskolenes Musikkorps with the help of Thulani Maluleka and Sizwe Nkosi led Bjørndalskolenes Musikkorps. The two bands are part of the PULSE music and health programme, they both took part on the constitutional day with a unique vibrant music from South Africa.

The song that is mostly liked by Skolekorps in Norway is one of the Field band foundation traditional songs called Amavolovolo, and some of the songs that were also played on that day are:

Most of the members from Furusetskolenes and Bjørndalskolenes Musikkorps was their first time playing in the Constitutional Day. The smile on their faces and the energy they gave was overwhelming. As PULSE our goal is to focus on how to promote holistic well-being and improve the quality of life within the community we work in, by including members from marginalized groups into banding activities.

Parents were also included on the parade, which boost more confident in the members; it was indeed a day to remember that was full of laughter, dancing and singing.

Norwegian bands have the similar marching style as the military. Ante incorporated some of the Field band marching style in his band, one thing that stood out from Bjørndalskolenes, Furusetskolenes Musikkorps and Lørenskog Musikkorps is, playing without using any music sheet, the way its normally done in FBF.PULSE team interviewed one of our members on how he felt about being part of the Constitutional Day playing South African music, his response was:

“I was very nervous and happy to be part of this amazing day, but once I had the first note of lower brass playing Ziyawa the feeling of being afraid fade away. I found myself dancing and singing, it’s a feeling I will never ever forget I was smiling and felt a sense of belonging” -Member

Children had a special role in the celebrations. The biggest part of the event was dedicated to them. The children’s parades had marching, waving homemade Norwegian flags and carrying school banners and playing Music,  and Music is one of  Norwegian culture.