Posted on May 7, 2019 by pulsestrongertogether

In Norwegian schools more than 200 different languages are spoken. This reflects the variety of cultural backgrounds that are present and living their lives in the Norwegian society. Still it is fact that linguistic minorities are underrepresented in Norwegian bands. In a survey completed in 2016 NMF also learned that people with linguistic minority background has little general knowledge about the banding activity. This is an important focus area for NMF and the organization has developed a variety of tools and activities in order to change this. Stronger Together is NMFs contribution to develop a broader repertoire of quality music written especially for school bands. The overall aim of is to use music as a door opener to make a more diverse group of people see banding as a relevant and accessible activity for them to participate in. 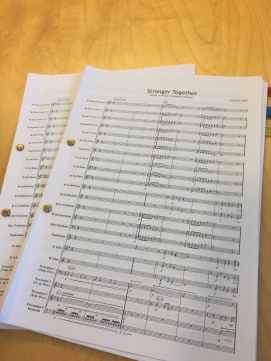 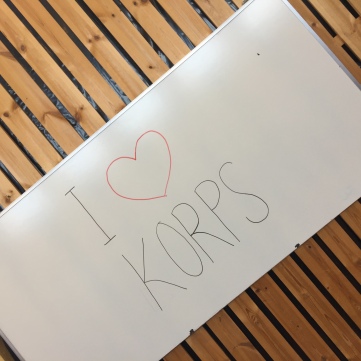 NMF decided to give praktikants a task to collect music from different ethnical backgrounds. visited different communities and adults’ schools that has people from different nationalities then asked them to sing songs from their home countries and recorded it. Then all that recorded music was given to a composer by the name of Svein Henrik Giske, who chose some of the music and wrote a piece out of that selected music called Stronger Together. This piece has different sections that are suitable for different audiences. It has Poland, Iran, Syria and Somalia and in between these sections there is a Norwegian Folks song that connects these different sections of the song. NMF has commissioned this piece, in believe that it is going to be a very good help in recruitments for bands. The purpose of this piece is to help when the band is playing or doing a recruitment in a community,   for the community to hear the music that they can relate to it will give them joy and attract them in to joining the band or be involved in a banding environment. It is up to the band on which section to play as they will know which community they are performing or doing a recruitment for. 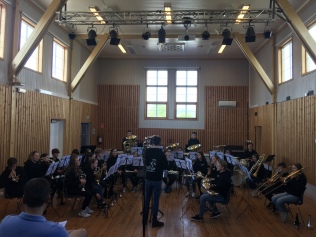 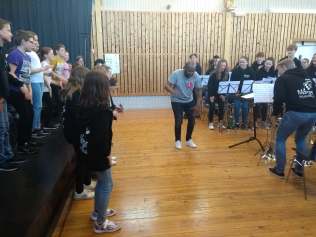 NMF is also making a video aimed towards conductors and band leaders, the purpose of this video is to help the Bands and the conductors on how this piece (Stronger Together) could be used as a tool for the audience to participate in a band performances or recruitments. On the 30th of April 2019 Birthe Kråkenes Bjørstad from NMF assisted by Martin Mxolisi Sibiya (PULSE) and Ingeborg Våge (Praktikant) travelled to Manger for the Stronger Together song video shoot Performed by Manger Folkehøgskule students and this was a good initiative that we can include youth as a part of this process. They were Conducted by Thorqeir Thunestvedt and band members parents were the audience. Youth involvement is important to NMF. 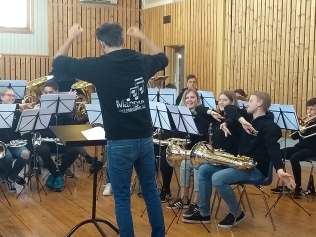 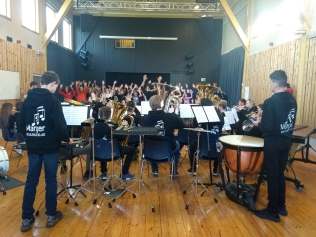 The video is not available yet, but it will be available soon for all the bands and their leaders.

In addition, the audio of this piece has been recorded by the Navy band: Sjøforsvarets Musikkorps