Posted on February 22, 2015 by pulsestrongertogether

«Enjoy your holiday in Parys!»

«Actually, no, we’re going to be living here and working in Tumahole…»

«In Tumahole?! The township? That’s a horrible place, you should never go there!»

On our first evening in Parys, Free State, my coworker Eirik and I were given this lovely introduction to our new workplace by a local waiter. Now, 6 months later, after properly settling in (electricity load shedding, thunderstorms, and all), it seemed like a good time to reflect on our stay there so far. The sentiment expressed by our waiter that first night is definitely a pervasive attitude in Parys, and we’ve heard similar statements several times. It is a divided town, where many people from Parys never go across the railroad bridge and into Tumahole. Although the township might have its challenges, we have been lucky to see a whole other side of Tumahole as well.

One of our main contact points with Tumahole has of 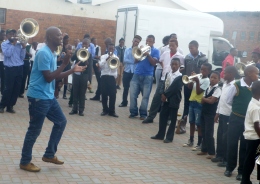 course been Field Band, through the work we’re doing with Field Band Foundation and the PULSE project. We try to go to at least one rehearsal a week, and enjoy getting to know the kids and seeing how the band is run on a daily basis. However, Field Band is only one of the musical activities in Tumahole, there is always some festival, concert or four day Crusade-event going on! 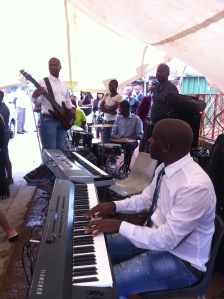 Church is a very important community hub in Tumahole, and we’ve met and played with some really talented church musicians there. Coming from an Irish traditional music background, I’ve had a rather steep learning curve getting to know a bit more about gospel music. The advantage has been that both styles operate mostly without sheet music, you’re learning the music by ear, so it somehow it feels a little familiar anyway even if the setting is new. Getting to play at a South African church service was a great experience!

What stands out as the best day in Tumahole for us so far, however, started with a whole lot of waiting around, and a 30 minute shower of rain that threatened to wash the entire street away and had us hiding in our car. But once the sun came out, we entered into a whole day of celebration for a dear friend’s wedding! Eirik had the honour of being the best man, we both played in the wedding band, and drove the «snake» all through Tumahole and Parys (horns and house music blasting) to the designated photo venue by the Vaal River. The best part of the whole day though was the sense of welcome and community – the whole neighbourhood coming together to celebrate two of their own getting married. 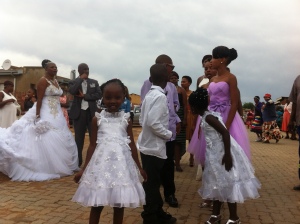 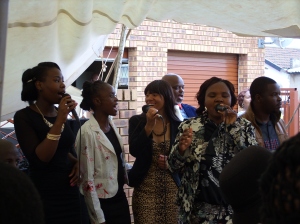 The more we get to know people here, the more we feel like we’re seeing the inside of the society – and of course you notice issues in a different way. Something that’s difficult to adjust to is the in-your-face disparity between the rich and the poor – often in close geographical proximity, but separated by fences and security systems. One of South Africa’s biggest newspapers, Mail & Guardian, recently ran an infographic outlining the state of the nation. Going by a poverty line set at 25.50 rand per day, 54% of South Africans live below the poverty line. In a country where 24.6% of the population are unemployed, that figure might not come as a surprise, but it’s still pretty shocking.

Despite the challenges that South Africa might have in general, we can see on a daily basis what kind of difference having a social arena like a musical activity can make for people. Music creates a space for getting to know each other, and once you establish that common ground with someone, then somewhere like Tumahole becomes so much more than the «horrible place» that we were told about on day one by someone who has likely never been there.

It has become a place that feels a bit like home. 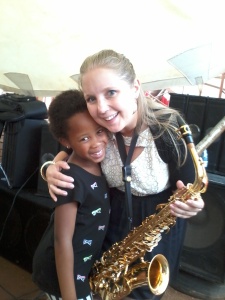 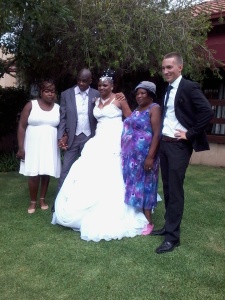